I loved Kaz Hall's project "Turn Up the Heat" in the September 2013  issue of Craft Stamper.  I've had it pinned on my wall as a project to try, ever since!  I immediately thought I'd make it for the Make & Take challenge in the August 2014 issue.
Little did I know how long it would take me, I've just scraped in before the deadline for entries.
I followed the technique Kaz used pretty much the same except I didn't have any heat resistant acetate for the insects. Instead I used my Melt pot to cover some real autumn leaves and used my stencil from Indigo Blu with Goldfinger acrylic paint also from Indigo Blu, on black card.  I had fun with the distressing of the cardboard and added lots of Tim Holz distress inks which I also used to colour my photograph paper, spritzing it at once to make the colours merge a little.  Using the free daisy stamp by Anneke De Clerck from the August 2014 Issue; I had more fun stamping and embossing in the background and also fussy cutting for one of the panels. 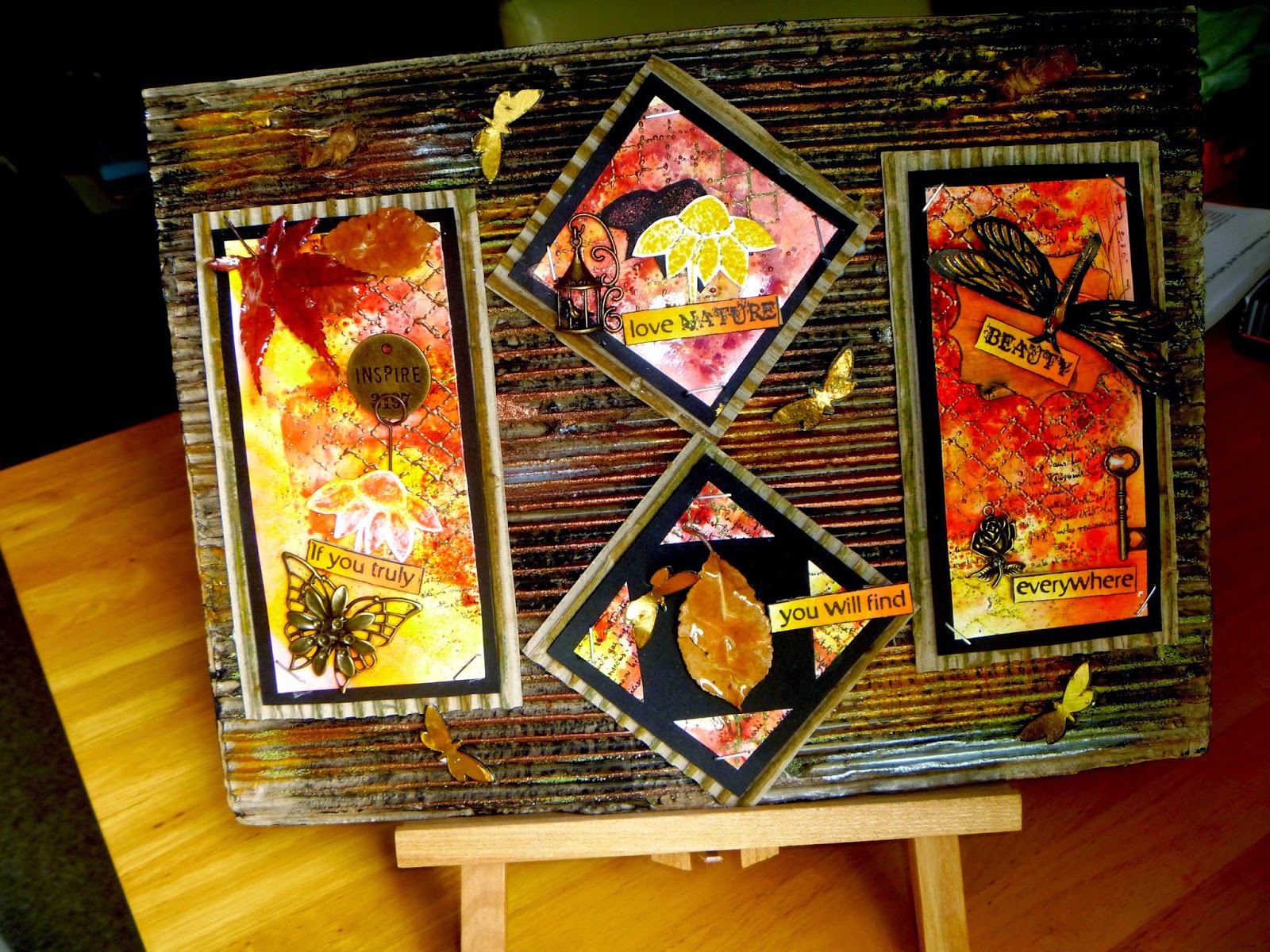 The sentiment and background mesh stamps  are by Indigo Blu. I liked the metal embellishments after using them at a workshop with Hels Sheridan at The Crafty Bunch, Telford. and I think they finish it very well. 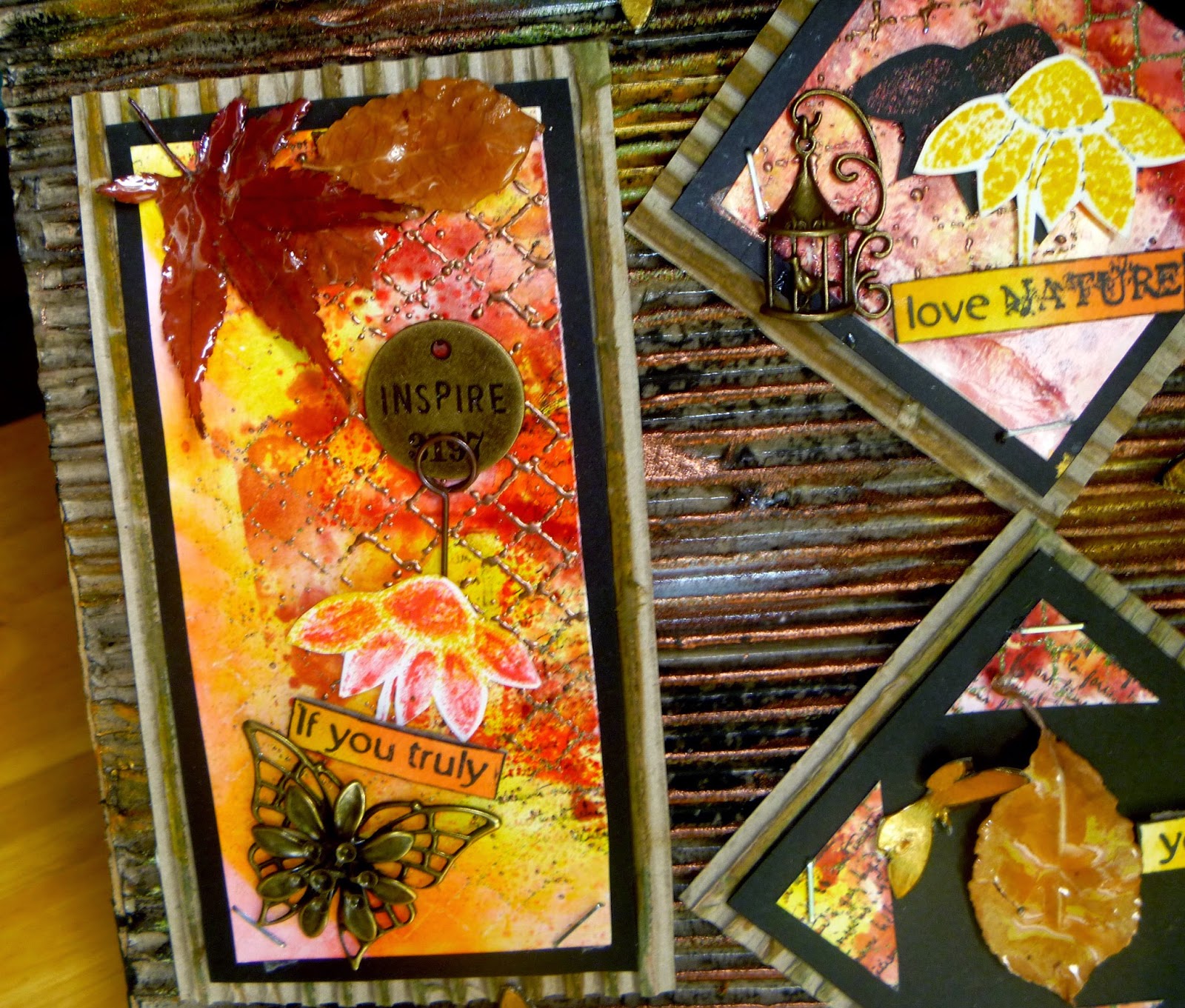 I hope you enjoy looking at my Wall Hanging and thank you for your visit.
Posted by jeanie g at 09:15